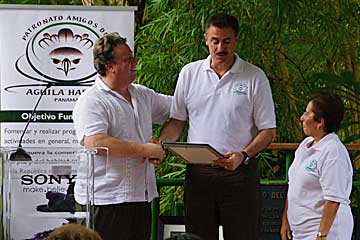 Attached are images taken today of Metrozoo’s 5 month old harpy eagle chick named “Panama” as she ventured away from the nest site for the first time. The female chick managed to hop up out of the nest basin area and perch herself on a large log allowing herself to see the areas surrounding her exhibit for the first time. Though she is already taller than her father (see photos of the two side by side) she still has the juvenile off-white coloration and her feathers remain a bit unkept. However, the signature crest feathers on the head are now quite distinct. In the wild, harpy eagle chicks depend on their parents for sometimes over a year before venturing out on their own. Females can get to be 20 pounds as opposed to males which average about 12.Miami Metrozoo is only the second zoo in all of North America to hatch this magnificent bird and though we had some major concerns with the abnormally cold weather, the chick seems to have met every challenge and appears to be developing very well. Now that it has branched away from the nest site, it should begin working its wings very soon in preparation for its first flight! It’s a great time to stop by the exhibit if you want to get a good look at this very special animal as it can now be easily seen from the public walkways. 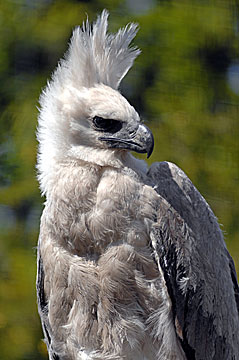 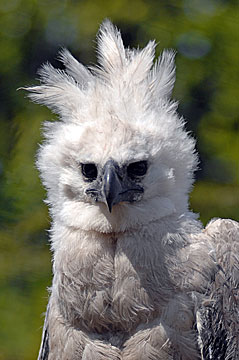 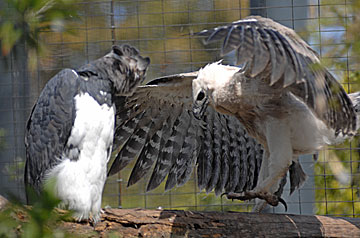 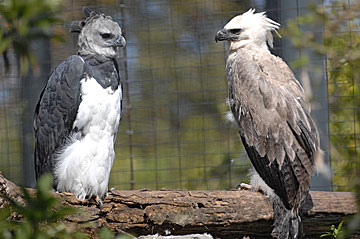